Since the day of his death almost 800 years ago, the story of St. Francis of Assisi has captured the imagination of artists, theologians, musicians, and people of every faith. In our own time, the story of St. Francis continues to inspire Catholic men to religious life as Friars Minor (Lesser Brothers), as they place their hands in the hands of their Provincial Minister and profess their vows.

The Rule and life of the Friars Minor is this, namely, to observe the Holy Gospel of Our Lord Jesus Christ, by living in obedience, without anything of one's own, and in chastity.

The friars of the Province of St. Barbara live and serve in California, Arizona, Oregon, and Washington, with communities whose profiles cross ethnic, cultural and economic boundaries. We serve in the Holy Land, Mexico, Russia, and in Native American nations of the southwestern United States.

The Values We Strive to Live Out

Prayer: Grounded in the Eucharist and in both communal and individual experiences of God, the friars of the Saint Barbara Province embrace prayer as an integral element of our Franciscan calling. We seek loving union with God and each other through Jesus Christ.

Fraternity: As brothers who love and rely on one another, the friars of the Province of Saint Barbara celebrate bonds that transcend family ties, national origin, and culture. Our vocation of fraternity extends beyond our own community, recognizing as brother and sister all of God’s people and all of God’s creation.

Joy: …that my joy might be in you and your joy might be complete (Jn. 15:11). As disciples of Christ in the tradition of the joyful poor man of Assisi, the friars of the Saint Barbara Province are called by joy in gratitude for God’s never-ending abundance.

Service: Transformed and inspired by the Gospel, the friars of the Saint Barbara Province dedicate themselves to loving service. We strive to respond to all we meet with care, justice, compassion, and humility. 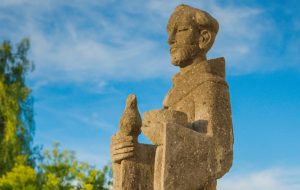 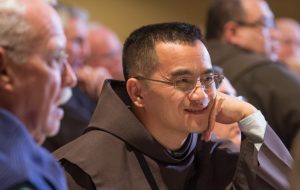 Daily prayer, conversation, faith sharing, chores, meals, recreation, and care for each other are the building blocks for life in a local household of friars. The joys, struggles, and the lessons of fraternal living are often the foundation of humility and conversion of heart, virtues which are meant to keep Franciscan ministry authentic. 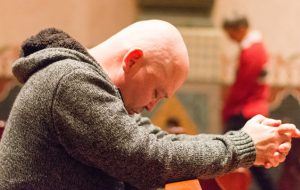 St. Francis urged his followers to foster a “spirit of prayer and devotion” as a top priority in the Gospel life he proposed. Our prayer life as Franciscans is witnessed communally, individually, and in the creative balance between the "contemplative" and "active" life. 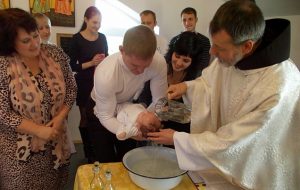 The ministry of the friar minor is to proclaim the Gospel in word and deed. Francis encouraged his brothers to “work with their hands” while urging his brother preachers to “let their words be brief and well chosen.” For Francis it was most important that, whatever their work, the brothers “be careful not to appear outwardly as sad and gloomy hypocrites but show themselves joyful, cheerful, and consistently gracious in the Lord.”

The leadership of the Province is a service of support for the fraternal, intellectual, spiritual, and ministerial pursuits of the friars, from recruitment and training of new members to care for elder, infirm, and retired friars. Leadership includes the pastoral care and oversight of the friars’ ongoing education, spiritual renewal, as well as collaboration with local friars in the strategic oversight of the extensive ministerial network entrusted to the Province.